So if you want to buy a new Samsung tv which is a 4k revolution from the Neo QLED line up. You are thinking about which model is best and which you can buy, the Qn85a or Qn90a. In this, we will discuss the comparison between both models Qn85a and Qn90a. The technology of the screen shows the difference. They both are good in quality. It does not look like black, but a gray tint that has the effects quality of the pictures, when you are watching movies. The actual difference in the pictures is shown when the local dimming is turned off.

If you can focus on the local dimming then you can’t see much difference. The type of displaying the number of speakers is different. The Samsung Qn90a has 8 of them while the Qn85a has 6. The overall level of the sound of both models is the same, so you can ignore this difference of sound. Both TV models have the same sound technology, so if you want much more sound level then you can connect the soundbar and get loud sound.

The actual difference between both models is they are using mini LEDs. Qn85a especially because it uses an ADS panel, not a VA panel like most Samsung models use. The ADS panel is similar to the IPS panel which has a clear and good side view angle, but the native ratio is low. The Qn90a uses the VA panel as the other models of Samsung. Its native ratio is good but its side view angle is poor. The model of the Samsung 2020, is the Qn90a that comes with an “ultra viewing angle” that helps to improve its side-viewing angle coverage. They both have a 4 screen size. So what is the comparison between them? 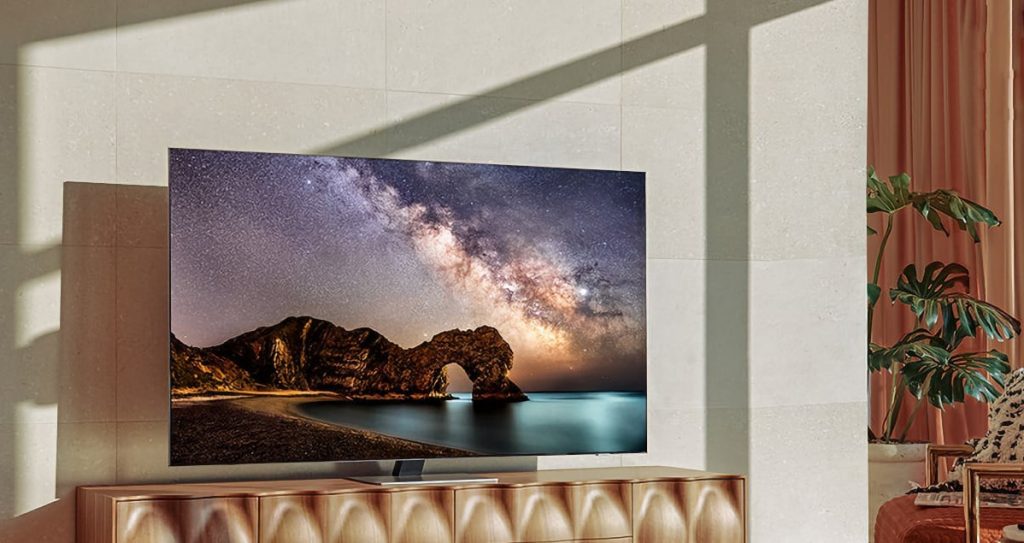 As we know that both models use different panels. The panel qn90a is used that is VA, and the panel qn85a is used that is ADS. The contrast native ratio of qn90a is higher than the qn85a. The”Ultra Viewing Angle” is the anti-glare layer that uses in Qn90a to improve the side viewing angle, contrast native ratio of qn90a is not too high then the other tv models of Samsung with the panel VA which is 3500:1. It makes the darkroom is a real room of black.
The contrast native ratio of the model Qn85a is low, who Qn85a also has a full array of local dimming as the qn90a, but the improvement is not significant. Still, it is not strong enough to make the black room black in the darkroom.

So the qn90a has a brighter SDR brightness than the qn85a. With the real SDR scene, the qn90a can get around 1400 nits, and the qn85a can get the 1150 nits which are quite enough and outstanding. The brightness of the qn90a is around 700 nits and the qn85a brightness is around 620 nits; both of these Samsung models have an ABL (automatic bright limiter). It is still bright enough to fight glare in most light conditions, it is used for the lights where the light is needed this is used for light conditions. 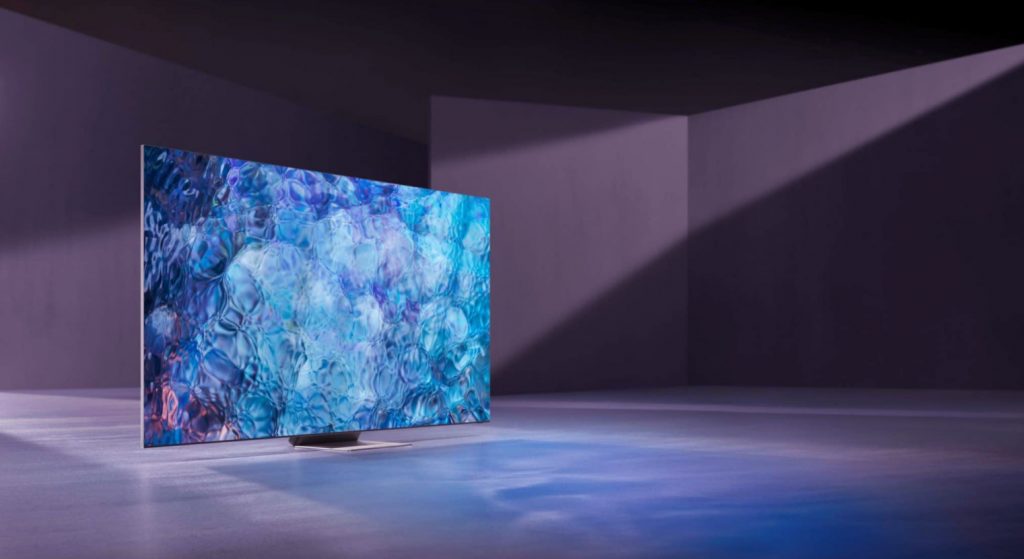 If you are watching from the side then the blooming is obvious. Qn85a has a small blooming around the thing. It is more noticed on the screen than the qn90a.

As we know, the model of Samsung qn85a uses an ADS panel that is most similar to the IPS panel. This panel has made it low in its contrast ratio. it has a low contrast native ratio but it is good in the side view angle. The Black images of qn85a are up to around 70 degrees of center and front. The brightness of the images is maintained around 40 degrees off center and the front. The color shift is around 55 degrees.
The qn90a uses a VA panel. Its contrast ratio is good as compared to the qn85a, but its viewing side angle is poor, but the layer of ultra viewing angle improves its wide viewing angle. The brightness of this is around 45. It is not good as the qn85a, it can maintain the color-shifting around 55 degrees.

As we discussed the difference between both models we know that the picture quality as compared to the qn85a, the qn90a is better. If you have an extra budget or you want the best local dimming and better contrast native ratio then you need to buy a qn90a. Qn85a is also a good one.

Samsung QN90A vs QN85A QLED TV – Is there really a battle?