Samsung LED televisions are nowadays, the most likable TV’s. Because of their ultimate features and properties, they have become popular among people. If we talk about Samsung’s QLED series, you will be amazed to hear that there is a total of 7 series naming Q60T, Q70T, Q75T, Q80T, Q95T, Q800T, and Q950TS.

For getting your hands on the best Samsung TV between the Q70T and Q80T series, first, you need to select the size you want. Like when you read the above review you will get to know about the Samsung Q80T 49 inches model, it doesn’t have all that you need on your Tv. Like it has a simpler sound system, it doesn’t have the 120 Hz panel and it also lacks the Object tracking sound. But as we go up in models like 55 inches model of Q80T is better than Q70T as it has significant features including better improvements in picture and sound. Also, most of us love to watch movies in a dark room, for a better picture, purer black, and uniformity of illumination, then Q80T is the best option than Q70T as it will look more grater and a bit of flare appears when used in a dark room.
And for better sound performance again Q80T is the best option for you to choose.

Considering the interesting features of both series, let’s just review them so that if you’re interested in getting one you won’t be in difficulty after reading the review. Below there is complete detail about the similarities and differences between Samsung Q70T vs Q80T series.

Let’s just dig right into the similarities of both televisions. We have here a few main points of similarities between them and we discuss them in detail to help you understand the best in these two amazing technology items.

The first and foremost similar thing in both the Samsung Q70T vs Q80T is that they use the same panel technology named VA panel which is supported by Quantum Dot Technology. Because of the VA panel technology, they both have the best native contrast ratio, which helps in producing deep black color. As well are already familiar with LEF TV having VA panels that produce deep black. With the features, it also has a flaw as the VA panel is a wide viewing angle and unfortunately, the TV with VA panel technology has ultimate poor side viewing angle coverage. But for producing HDR image more colorful the Quantum Dot Technology support the VA panel a lot. 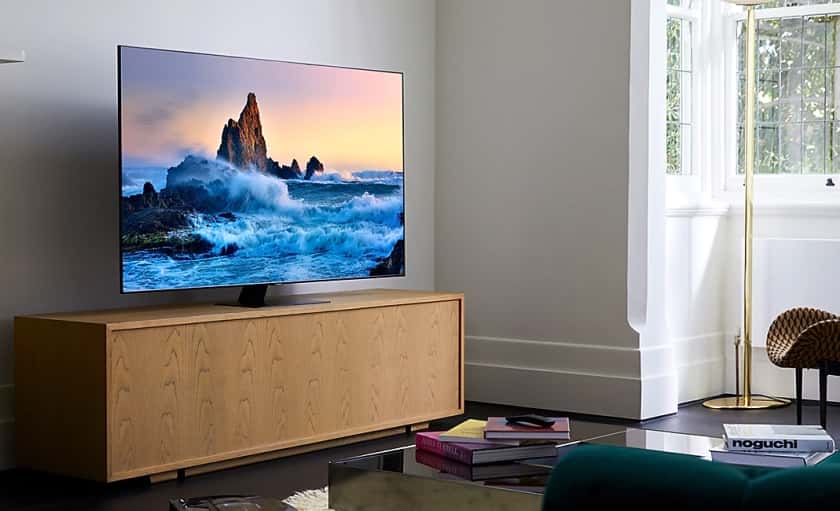 Another useful technology is Motion technology. Both Q70T and Q80T have the same motion technology, except the inches model TV of Q80T (QN49Q80T). This model doesn’t have the technology present in it. Both the TVs have the Motion Rate 240 technology and at the same time native refresh rate 120 Hz panel. Including the VRR TECHNOLOGY (Variable Refresh Rate technology), which helps in improving the game experience by reducing the screen tearing. 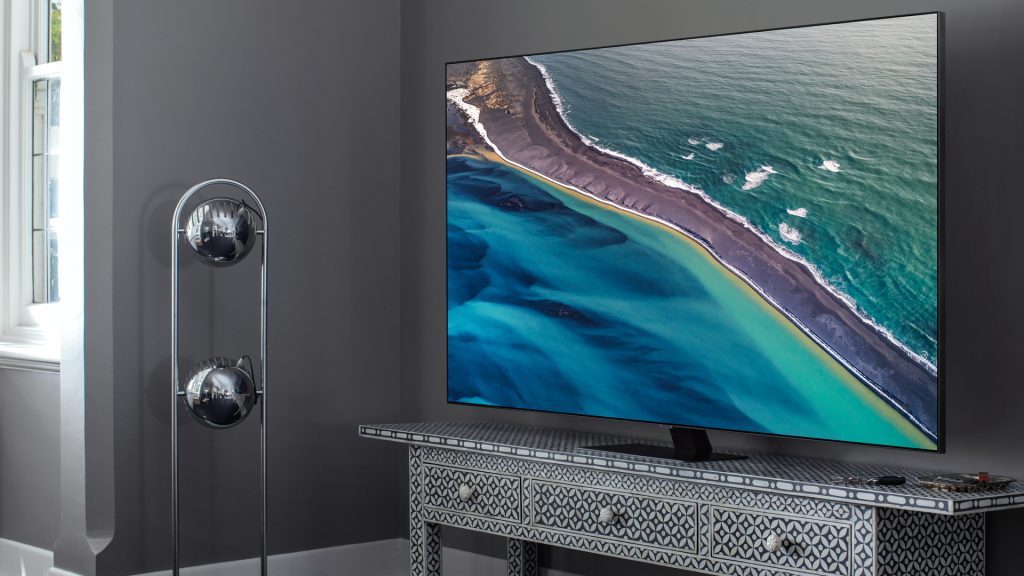 For the remote, both the Samsung Q70T and Q80T have Samsung Smart Controller TM 2050C. When we look back to the previous models, we found that the Q70R, Q80R, and other last year models also have a similar remote except for a change in the button. The remote looks very small but loaded with smart features having the microphone for voice navigation. This remote can control not only the devices which support HDMI CEC, but rather it can also control the devices which do not support HDMI CEC.

Differences between Samsung Q70T and Q80T

Control Board of the LED Screen Based on CPLD