If you are interested in buying a new tv with good qualities and the Best features then you should buy a Sony x85j or x90j. the two models of the Sony are x85j and x90j which is mid-end Sony led tv. In 2020, the model Sony x90j is the top success model of the x900H while in 2019 the model of the Sony x85j is the best successor of the x850G. The main similar thing in both models is VA panel technology. They both are using VA panel technology. Both models are great in each of their classes.

Both models are used for their good performances. Both models have good native contrast, Black uniformity, good motion handling, good peak brightness, and so on. The qualities of both models make them good for any usage. The model Sony x90j is available on the market with four screen-size variants. The model x85j is available on the market with screen-size variants. So, we need to know the difference between Sony x85j and x90j. Which TV is better?

The X90j has an advantage in that it has a full array of local dimming features that can help to improve the performance of the darkroom. There is no this feature on the X85j; its backlight can be dimmed only with dimming. Not too much, local dimming of X90j improves the ratio of x90j.

As we have discussed above, the main advantage of the x90j is that it has a full array of local dimming features, while the x85j has not. It is not only for the black level produced, but it also helps in performance in handling blooming around bright objects.

while the X85j has an issue in handling blooming in a small bright object in the dark scenes of subtitles of the movies. X90j has a great local dimming feature. In Sony X90j every dark scene is shown fairly.

VA panels have made them have great contrast native ratio, but it makes them the narrow side view angle. The models of Sony like the X90j and Z9j both have the same layer which is called “X wide-angle” which can help to improve their side view angle coverage. The Z9j and X90j do not have optical layers. The front view of the model is satisfactory.

From the center or front images look washed out and the brightness of images also will decrease.it has a good result of view from the front but the view of the side is not perfect. It’s important to know that it is not suitable for those who have wide sitting arrangements for watching TV. 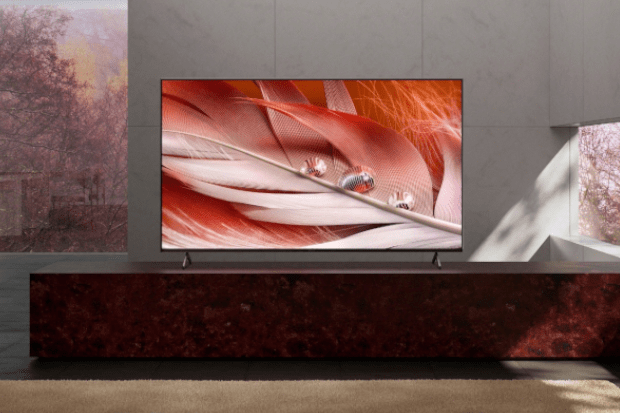 Both models Sony X85j and X90j have a native 120hz refresh rate panel. This allows them to support any content with a frame rate of 120hz and low frame rate content up to 120hz. They are both models of Sony that support Variable Refresh Rate (VRR).

Unfortunately, neither model has VRR. The X90j has a bit of pixel response time which is around 11ms and the X85j is around 12ms. This difference between both models is not too much but the response time of the pixels is equally great.

When the picture or the images of cartoons movies is displayed on the screen it looks very clear with only a little motion blur. They both models have motion interpolate features and specs.

In addition to the same remote control, both models X85j and X90j are equipped with the same controller. The remote is larger and provides full number of a button and full control button. Their remotes also have 4 fixed buttons that are used to open Netflix, Disney, YouTube, and prime video directly, that’s why there is no need to press the enter when you want to open all these apps.

This remote can help the user to use their remote that is control the devices that other are connected devices on your Sony TV through HDMI wire, They are supported by the HDMI CEC. These TVs have an HDMI port where we can use the HDMI wire to connect the other devices with your Sony tv.